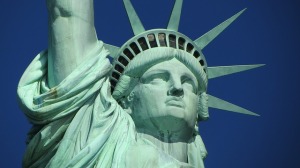 Health and Homelessness in Richmond, Virginia in the 1980s: What causes homelessness? Homelessness is often portrayed as an illness, caused either by individual flaws, such as substance abuse or mental illness, or by societal flaws including the lack of affordable housing, the weakness of our welfare system, and the deinstitutionalization of the chronically mentally ill. Advocates for the homeless generally emphasize societal flaws, while government agency personnel emphasize individual flaws. Our country is founded on the “pull yourself up by your bootstrap” mentality, so we all inherently want to believe that people are lazy or somehow defective if they are homeless and haven’t “made it” in life. Perhaps our Puritan roots are responsible for the common moral judgment placed on homeless people—and the judgment that homeless people often place on themselves.

Feeding off other deeply held American values of courage, adventure and the frontier spirit, homelessness, especially in young people, can be romanticized in Mark Twain’s Huck Finn sort of way:

“I reckon I got to light out for the Territory ahead of the rest, because Aunt Sally she’s going to adopt me and sivilize me, and I can’t stand it. I been there before.”

Throughout recorded history there have been different groups of people who would now be called homeless: wandering minstrels, vagrants, skid-road (or skid row) bums, people riding the rails/hobos, and even people on religious quests like the Christian Crusaders. The homeless, referring in this case to immigrants, or more starkly “the wretched refuse of your teeming shores,” is included in Emma Lazarus’ sonnet inscribed on the Statue of Liberty: “Send these, the homeless, tempest-tossed to me/I lift my lamp beside the golden door.” In one sense, all of us, except perhaps indigenous Americans, originate from homeless stock.

One of the main social service agencies at the Richmond Street Center was Freedom House (the agency closed in May 2013 after thirty years of service). Freedom House was modeled after Dorothy Day’s Catholic Worker “houses of hospitality,” and run by Larry Pagnoni, an energetic Catholic guy, with the aura of a priest in jeans. He was twenty-four years old when the Street Center opened, and he had spent a week or so living on the streets to find out what it was like.

The Freedom House staff members were all mostly young, college educated, and from middle-class families. They lived in voluntary poverty in run-down housing in Jackson Ward near the Street Center. In a way, they embraced poverty and homelessness (or at least being marginally housed). They got their clothing from the church clothing closets and their food from the food banks. None of them seemed to have medical insurance, so they relied on charity medical care, including what I provided at Cross-Over Clinic. At the time, that didn’t seem odd to me. Sometimes I couldn’t tell who was a Freedom House staff person and who was a homeless client. I think Larry liked it that way. The Freedom House philosophy was similar to Liberation Theology, with God loving the poor and the homeless preferentially, and with Christians called to fight for social justice by whatever means necessary, short of actual physical fighting.

In talks Larry gave to church groups or to the local media, he liked to pull out a key that he always carried with him. He said the key was to his parent’s house and he pointed out that most people who aren’t homeless have a literal or figurative key to a family member’s house or apartment; they have the necessary family connections as a fallback when times get tough, connections so they won’t end up homeless. He used the analogy of having a family member who was struggling more than others. Maybe they had a mental or physical health problem, substance abuse—a person who could become homeless without their family support system, without people lending a hand or offering a place to stay. Larry said that what caused homelessness was a combination of individual vulnerabilities and failures of the various support systems—family, health care, housing, job training.

During my years working at the Richmond Street Center, I struggled with the issue of the worthy and unworthy poor, the worthy and unworthy homeless. It was an idea that was debated in the local news (although they used more polite terms); it was an idea that had been debated throughout history. There were always people who were more vulnerable through no fault of their own, and there were always people who took advantage of assistance. At that time, the majority of Richmonders prided themselves on their Southern hospitality and Christian charity. Most Richmonders had not yet burned out on helping the homeless.

From my visits back (including a week ago) to Richmond to visit family members, from my site visits and interviews with people working in direct services for Richmond’s homeless population, as well as from observations as I walked the area where the Street Center had been, it appears that many Richmonders are a bit crispy/burned out on helping the homeless in truly meaningful, systemic ways. I do recognize that my experience (all of it, including spiraling into homeless in Richmond, including my ‘geographical cure’ of moving first to Baltimore and then to Seattle) has given me a different lens through which to view these issues.