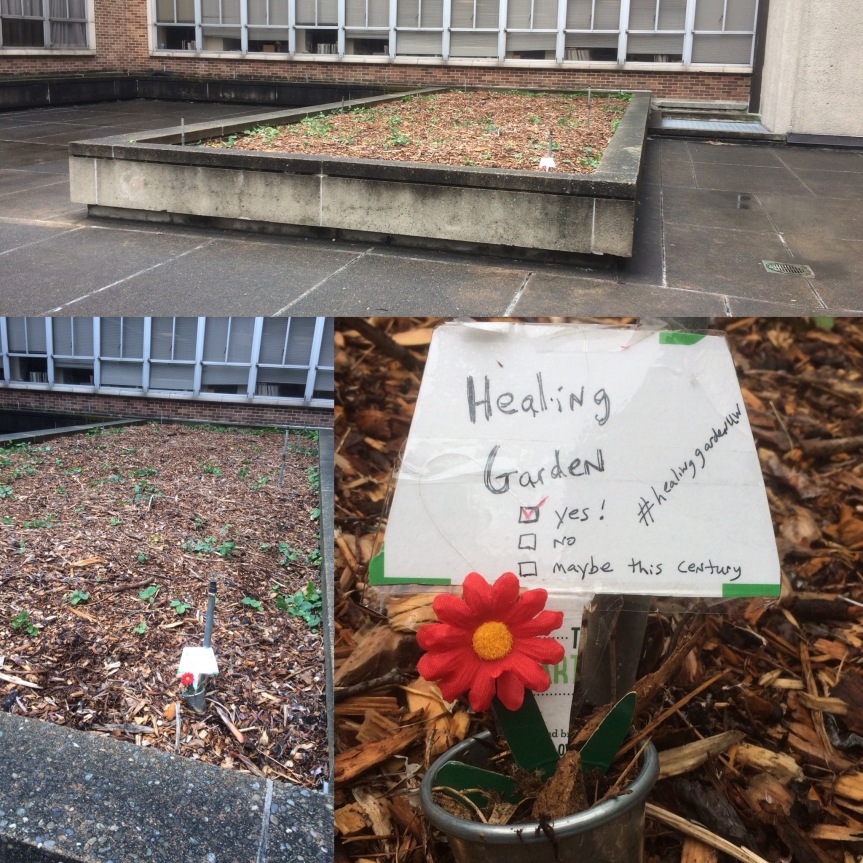 Population health effects from climate change are established scientific facts. Like anti-vaxxers (anti-vaccinators), climate change deniers are not only wrong-headed, they are dangerous to everyone’s health (and to planetary health). Case in point: beware of the pets of anti-vaxxers since many seem to be refusing rabies vaccinations for their cats and dogs/ see “Anti-vaxxers now refuse to vaccinate pets” by Nick Thieme, Slate, August 3, 2017; at the same time, global warming is increasing the spread of rabies among animal hosts such as foxes in Alaska/ see “Ecological niche modeling of rabies in the changing Arctic of Alaska” by Huettman, Magnuson, and Hueffer, Acta Veterinaria Scandinavica, March 20, 2017. And as a reminder, rabies in humans is almost 100% fatal (source: CDC).

The Centers for Disease Control has developed an excellent graphic depiction of the impact of climate change on human health, shown here:

Of special note in this graphic is the fact that mental health impacts are shown twice, associated with both severe weather and with environmental degradation.

A recent (November 25, 2017) NYT article illustrates the mental health effects from climate change for people who live in Rigolet, Labrador. As Livia Albeck-Ripka states in the article “Why Lost Ice Means Lost Hope for an Inuit Village” there are increases in depression, substance abuse, domestic violence, and suicide related to the disorienting environmental changes and increased isolation for villagers. “An unpredictable environment means disempowerment,” she writes and links this with the stirring up of the intergenerational trauma of colonization for indigenous people. But she also points out that mental health effects from climate change and environmental degradation affect us all. She quotes Australian philosopher Glenn Albrecht as stating, “We weren’t around when the asteroid wiped out dinosaurs, but now we have humans in the 21st century who are trying to deal with a change to the world which is unprecedented.” Albrecht coined the term Solastalgia: “a form of homesickness one experiences when one is still at home.”

But what can we individually and collectively do about climate change and about the health effects of climate change? Perhaps the most important action is to become better informed and more civically engaged in respect to these topics. The Lancet has a good website: Tracking the Connections Between Public Health and Climate Change which includes a synthesis of scientific evidence in The 2017 Report of The Lancet Countdown. In the US reliable sources of information include the CDC (resources linked above) and the American Public Health Association (APHA). The APHA graphic “How Climate Change Affects Your Health” (included below) is a bit overly-busy and heavy on the gloom and doom (and curiously does not include mental health), yet could spur helpful discussion in certain settings: 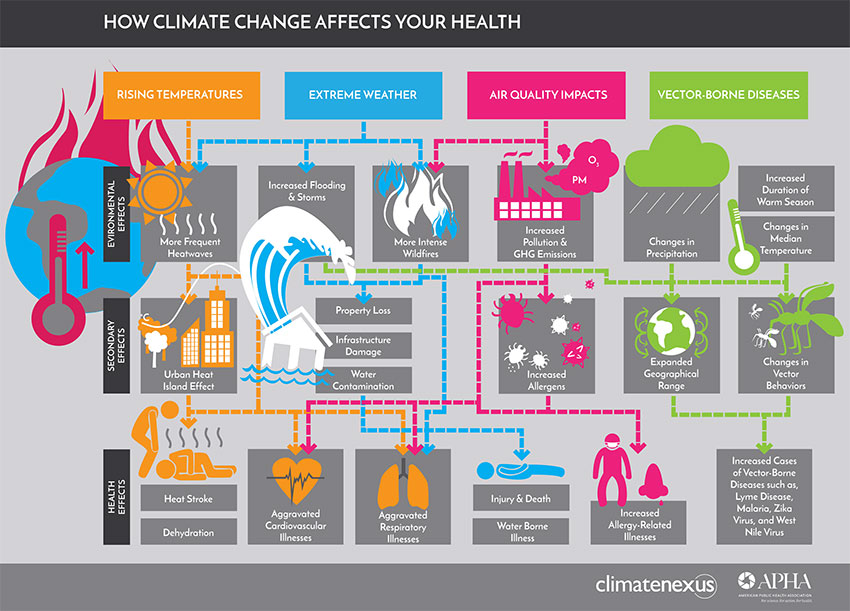 Another great resource that is geared towards a young adult audience is the Seattle-based environmental news site Grist, with the vision of working for “a planet that doesn’t burn and a future that doesn’t suck.” Their funny and informative (a good combination) “Ask Umbra” eco-advice column is worth following. Take a look at Umbra’s “21-day Apathy Detox” for great ideas on brushing up on civic engagement related to environmental justice and climate change. My two favorites are “Day 5: Read More Than Dead White Men” and “Day 20: Art Brings Life to Social Movements.”

Get involved. Do what you can to beautify and “green” the places where you work, live, and play. Work upstream for social and environmental justice. Bloom where you are planted. Those are some of the thoughts I’ve had this fall as I’ve been involved with this year’s University of Washington Health Sciences Common Book Changing Climate, Changing Health: How the Climate Crisis Threatens Our Health and What We Can Do about It by Paul R. Epstein and Dan Ferber (University of California Press, 2011).

In order to emphasize the what we can do about it, I’ve been part of a team attempting to green the ugly weed-filled concrete planters in the main courtyard at the University of Washington Health Sciences—a courtyard with entrances to the Schools of Nursing, Medicine, Dentistry, the UW Health Sciences Library, as well as the UW Medical Center. The photos at the beginning of this post show the planters in their current (dismal, depressing) state, along with my tiny (art project!) protest sign next to a fake flower “blooming” in a pot. Our team wanted to plant spring bulbs and a healing garden full of water-wise herbs like rosemary and lavender, as well as indigenous healing herbs and native wildflowers. We have had a seemingly endless series of meetings with people from the medical center, the health sciences schools, the building and grounds folks, and the UW Sustainability group. Something that would appear to be easy to do is not. As I understand it, the (ugly concrete/example of Brutalist “raw concrete” architecture) Health Sciences building where this courtyard is located, is crumbling and leaking inside, including in the rare books collection of the library. We have been told that we can’t plant anything until the courtyard infrastructure and water membranes are replaced, which would cost millions of dollars ($7.5 million to quote one reliable estimate).

This is a somewhat trivial problem when compared with other environmental issues affecting our most vulnerable populations, but it is a daily reminder of the negative mental health effects of environmental degradation—including from poor choices for our built environment and health institutions.